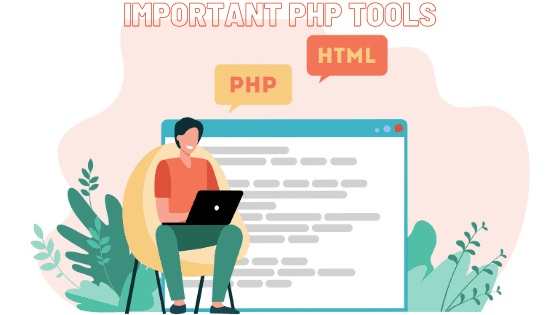 Some Important Tools for PHP Developers in 2022

Some Important Tools for PHP Developers in 2022

There is a long-standing battle for supremacy among programming languages. However, there is no denying one fact—PHP powers the largest number of websites in the world. According to w3techs, 77.6% of all websites globally use various versions of PHP. This includes big names like WordPress, Tumblr, Flickr, Etsy, Facebook, Slack, and Wikipedia. Further, with version 8.10, PHP is better and faster than ever. Here are five of the best tools used in PHP that make it indispensable for developers in 2022.

Composer is PHP’s preferred dependency management tool, inspired by tools offered by Ruby (bundler) and node (npm). With Composer, developers can declare the libraries their projects are dependent on and update all dependencies with a single command. It also determines the versions of the packages required to be installed and downloads them into the project. It makes having several projects running simultaneously a breeze, as each project is segregated with its own vendor and composer. Json folders.

Automated testing is one of the most important tools for PHP development as it allows developers to use pre-written tests to check their code and development process. The most popular automated testing framework is PHP Unit, where small portions of the code are tested one by one. It can be used for end-to-end testing as well. Developers can create multiple and varied types of test reports; the tests can be made to be repeated until the developer is sure of the code.

Debuggers are some of the most valuable tools used in PHP, allowing developers to identify mistakes in the code at every stage. Xdebug is a PHP extension allowing proactive debugging at the time of development. It supports most integrated development environments (IDEs). DebugBar, arguably the most popular debugging tool for PHP, has a clean and easy-to-understand interface. It is easily integrated into all projects and handles AJAX requests. Developers can use these debuggers to make their work easier, quicker, and smoother than ever.

There was a time when developers had to write reams of boilerplate code before they could address their client’s issues. Today, MCV frameworks such as Laravel or Symfony are essential tools for PHP and act as a base that developers can build upon. Laravel offers developers an elegant and simple package that helps them easily create comprehensive websites and web applications. Symfony is another popular MVC framework that greatly simplifies and speeds up the process of creating web applications.

Developers need to check if their source code is compliant with coding standards, failing to do so can lead to problems for both developers and businesses alike. Static analysis tools like Scrutinizer, Psalm, and PHPSTan an automated way to examine a source code without running it. Of these, Scrutinizer is the oldest and perhaps, the most widely used tool. It integrates seamlessly into a software development workflow and is most often used by open-source projects.

Why Do Developers Choose PHP?

PHP is highly favored by developers worldwide because it offers them the potential to create intuitive and interactive web applications and websites with relative ease. PHP as a language is mature and well-documented. There are plenty of free resources available for developers to fall back on. Moreover, since version 7.0, PHP has consistently improved its performance and has eliminated many of its weaknesses.

PHP has come a long way from its earlier versions and is on the road to constant improvement. Businesses that do not have an in-house IT development team can contact companies that offer PHP development services covering all aspects of web development.

Businesses that do have an in-house team of developers may still fall short when it comes to performance; here, can hire PHP developers to fill in the gaps where needed. Businesses can choose to scale up and increase their volume of projects. The full potential of PHP can be exploited by the right PHP development services team having the technical know-how and skill to meet the demands placed on them.

If you are looking to hire PHP developers for your web development projects, contact a reliable firm to get the best development solutions for all your projects.

Also read: Different Types of Magento Breadcrumbs and Its Significance